A memorial pavilion for the National Trust, situated at Runnymede near Windsor, with conceptual design led by Mark Wallinger.

The concentric rammed concrete walls create a labyrinth entrance corridor to the central space where a circular reflection pool depicts the Magna Carta clause at the centre of the piece.

A pile supported RC grillage supports the massive mass concrete walls which contain only nominal amounts of stainless steel reinforcement in widely spaced anti-cracking bands, and acting as reinforced lintels at the openings.

We developed and tested the mix for the rammed concrete walls at our Derbyshire workshop space, leading to our later site involvement with the project team to implement the mixing and placing regime during construction. 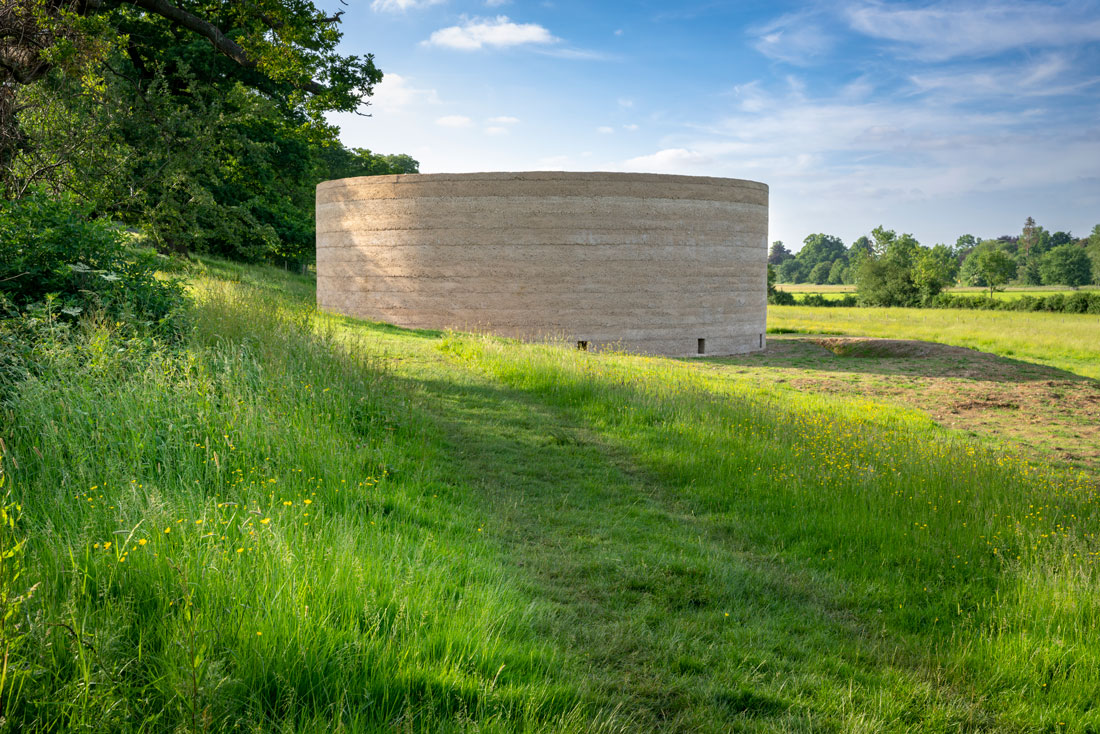 in the Thames Valley parkland 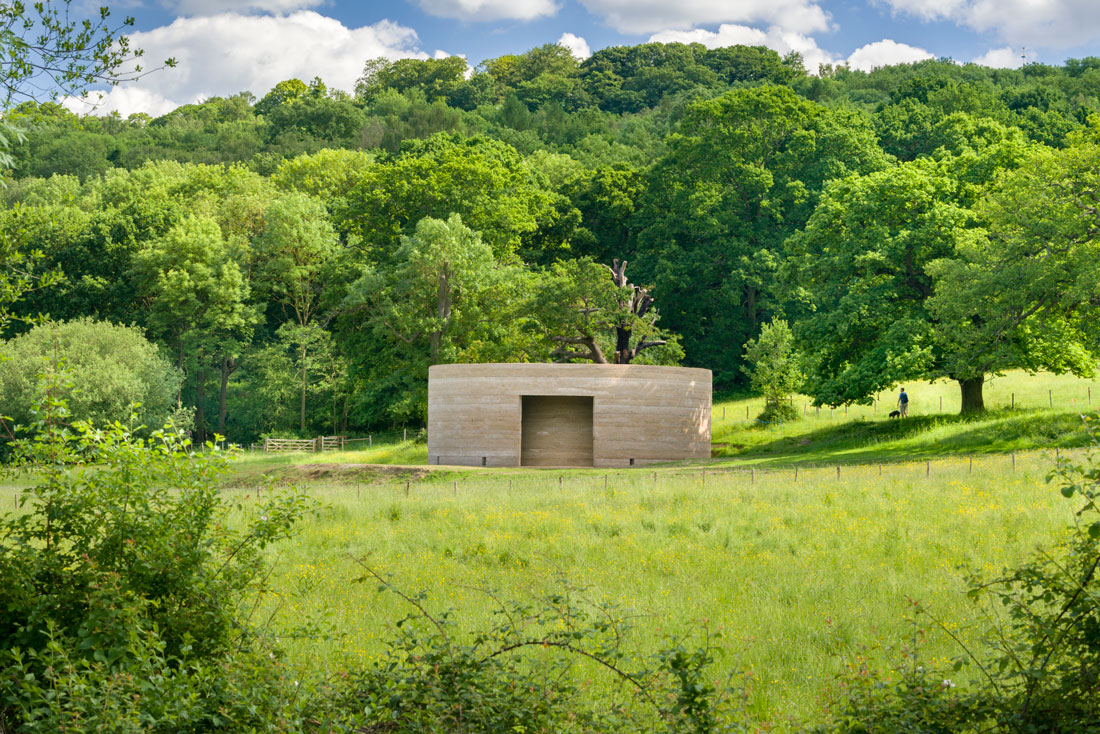 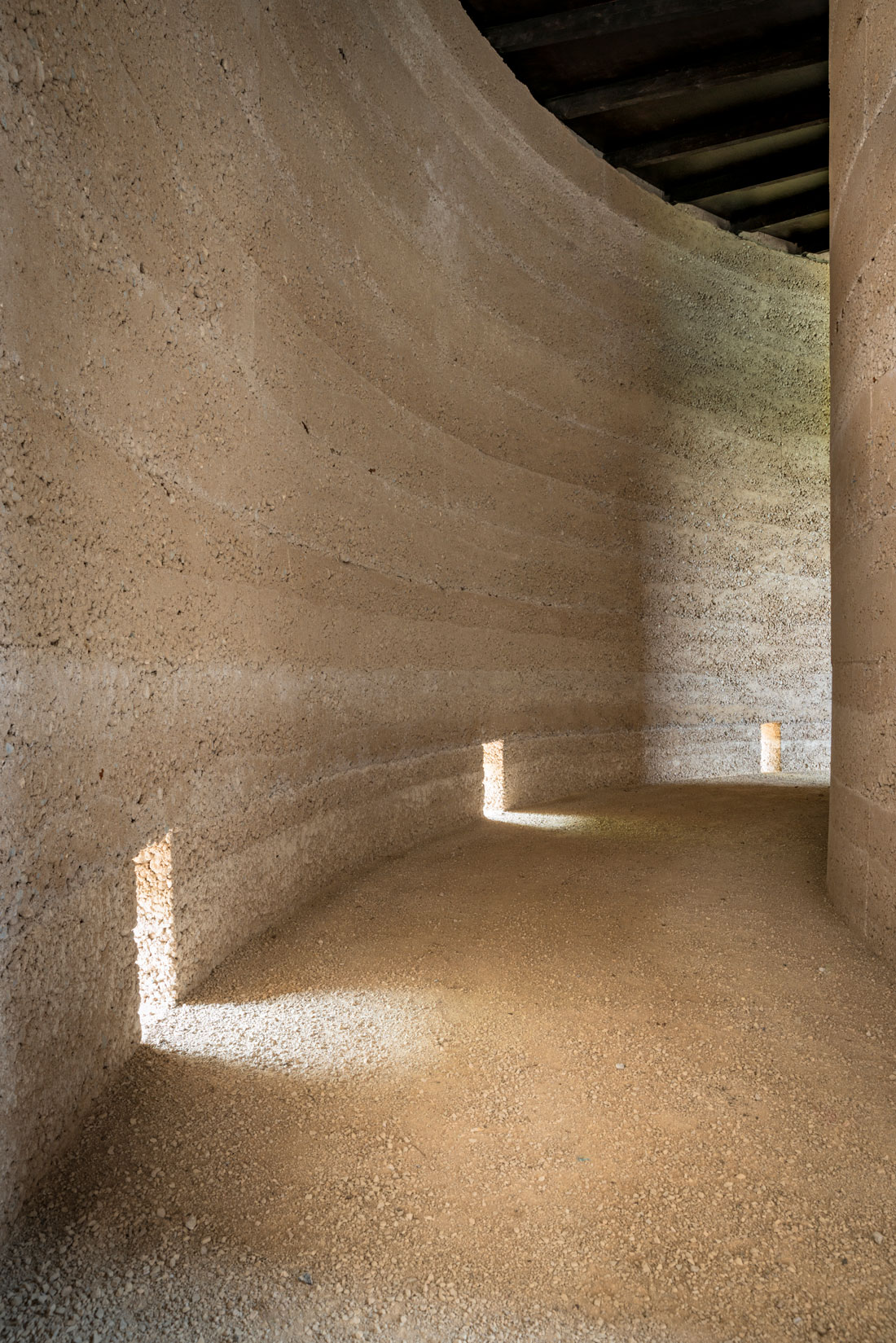 passing through the outer corridor 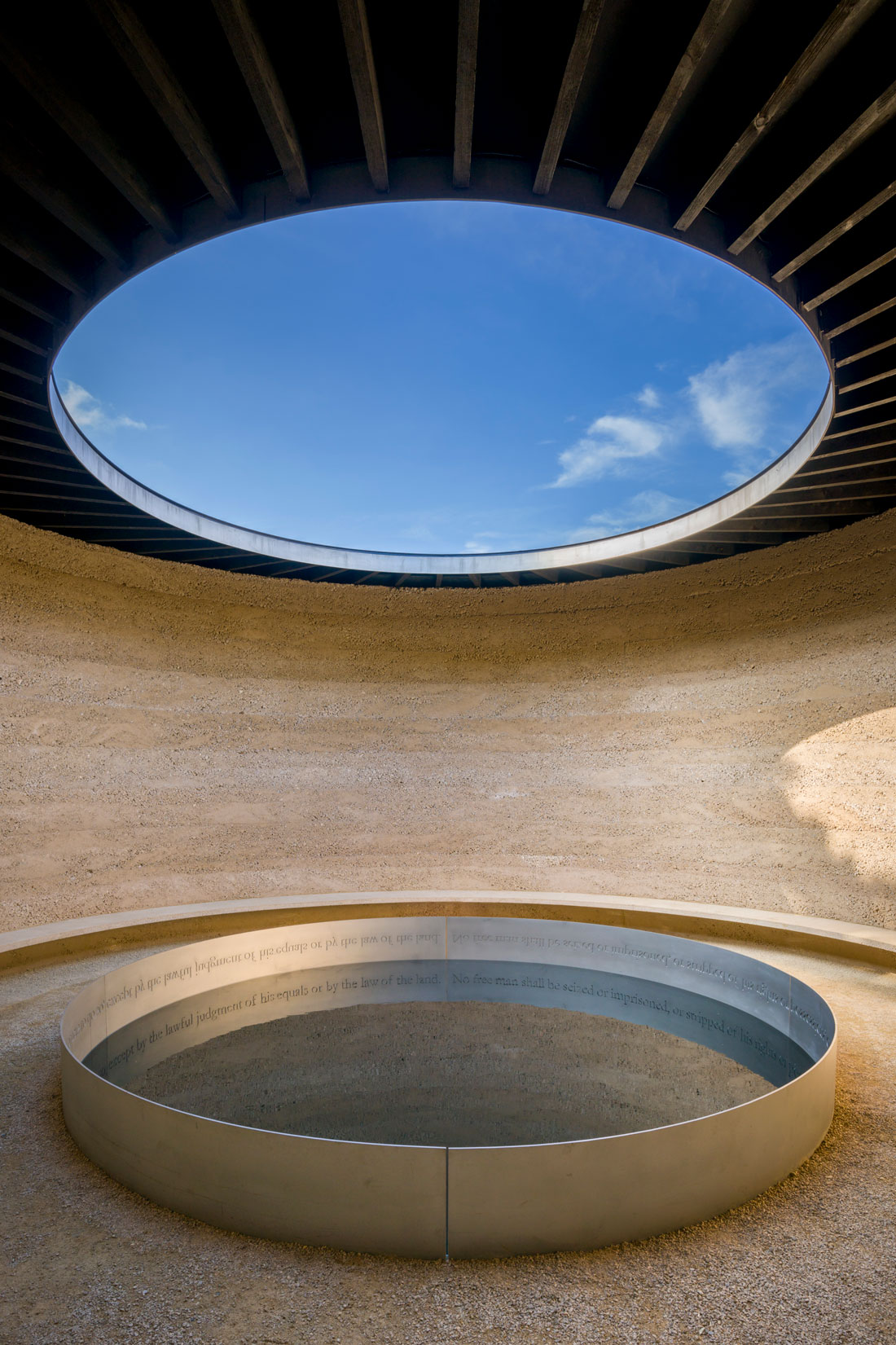 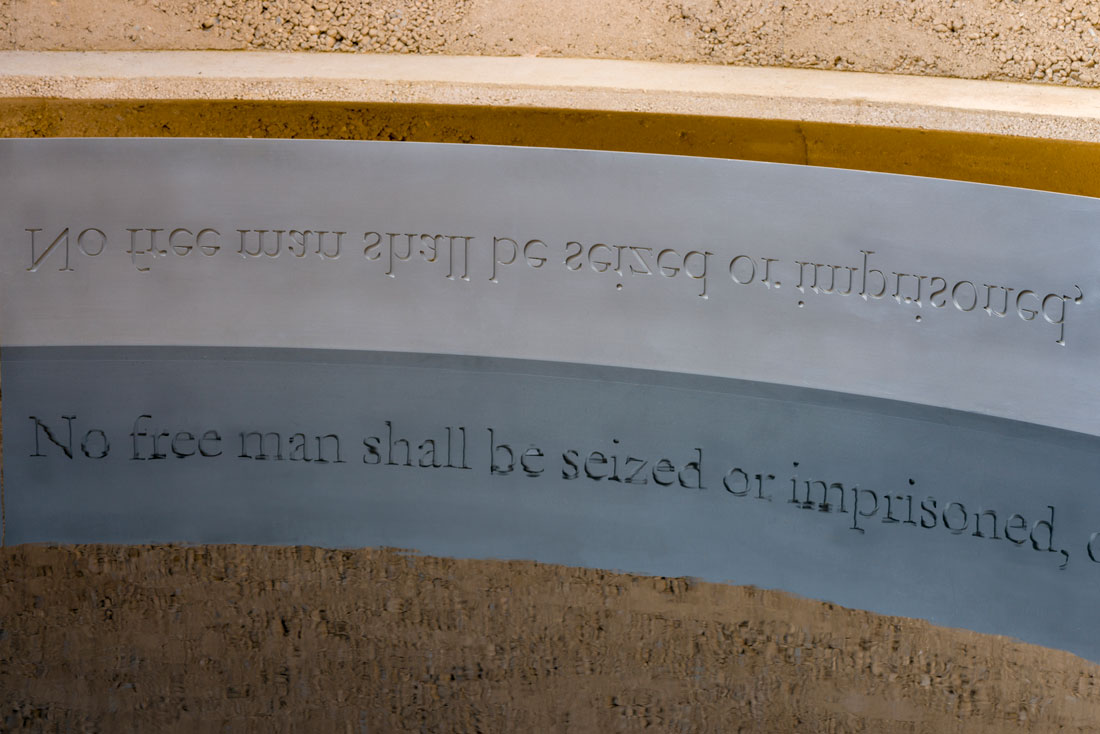 …..except by the lawful judgment of his equals or by the law of the land 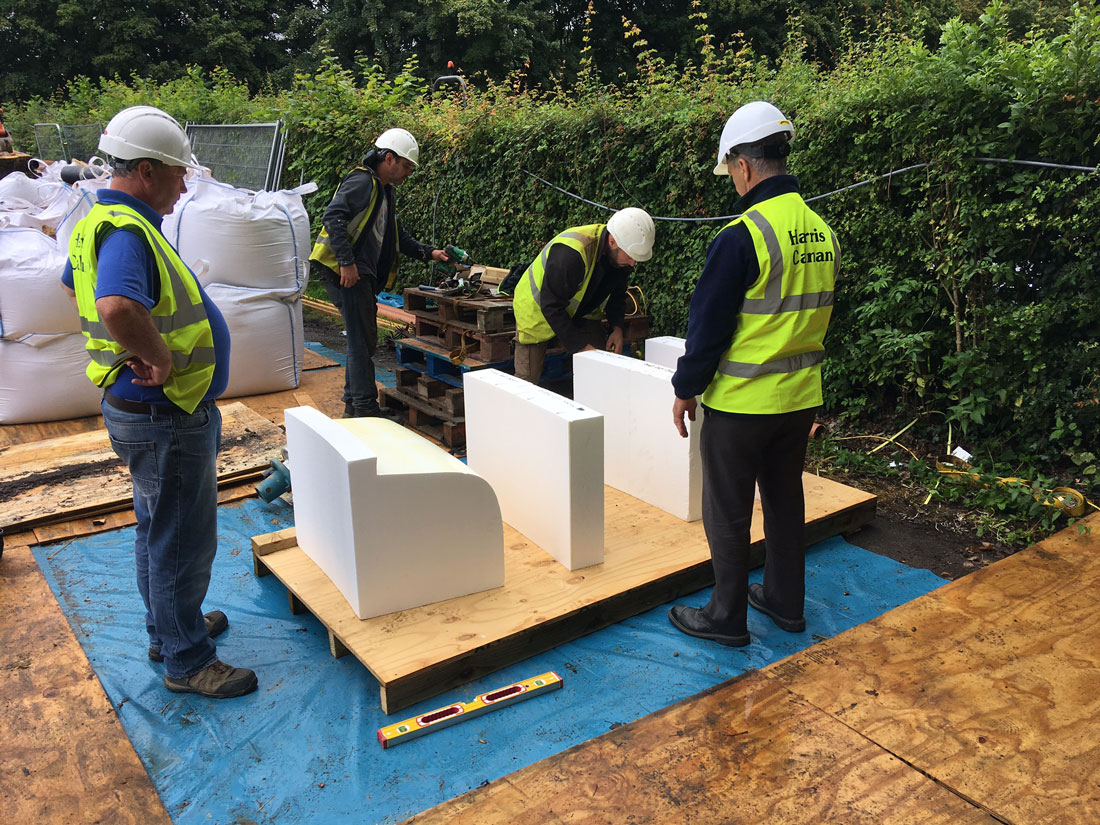