New pavilion that caps a largely subterranean new-build house on a confined Notting Hill site. Our involvement in this project began in 2010. The sculpted roof structure has been made by specialist German and Italian carpenters.The double curvature surface directs the spanning forces to perimeter framing elements.

The ribs and lateral rails were first glued and clamped in a single axis curvature with layers as thin as 4mm, these first pieces were then re-sawn and glued to the final 3D curvature. 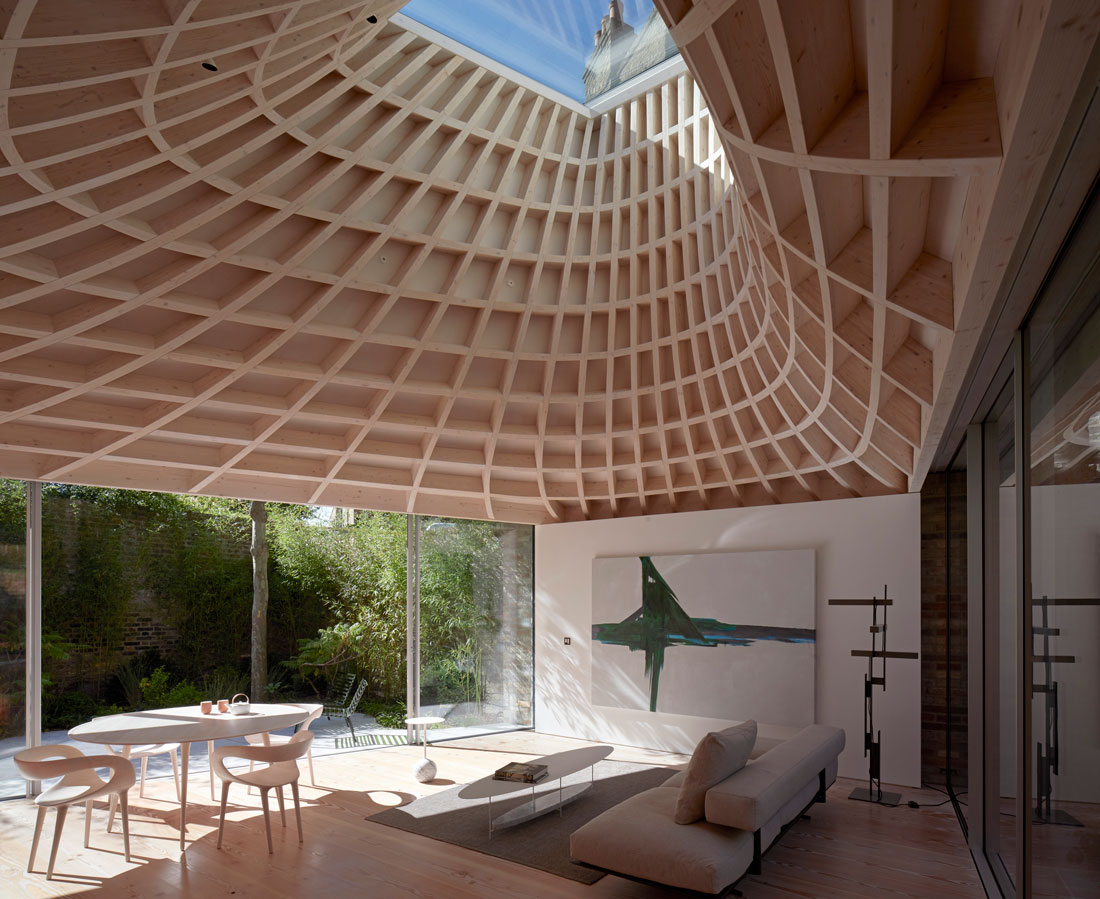 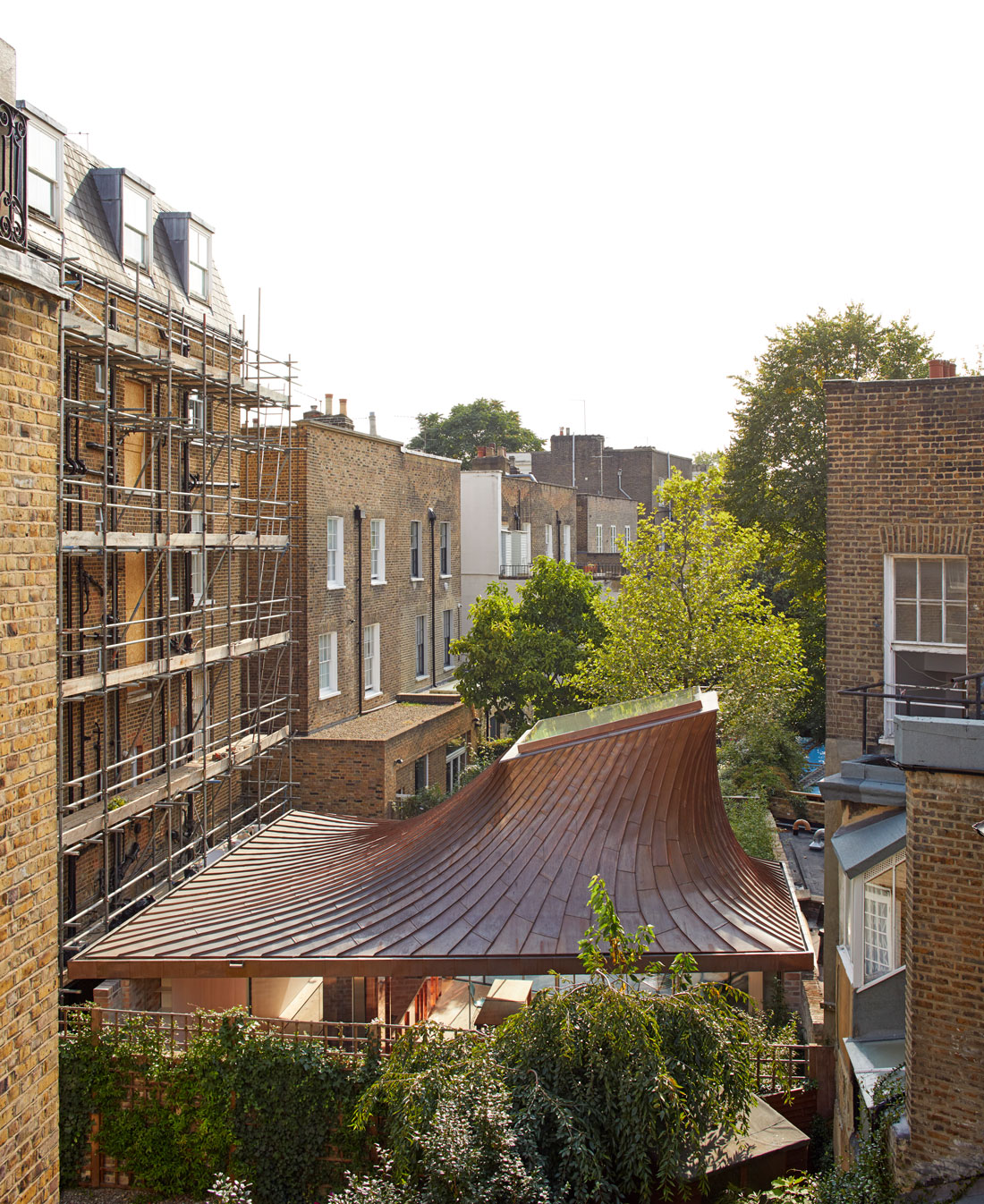 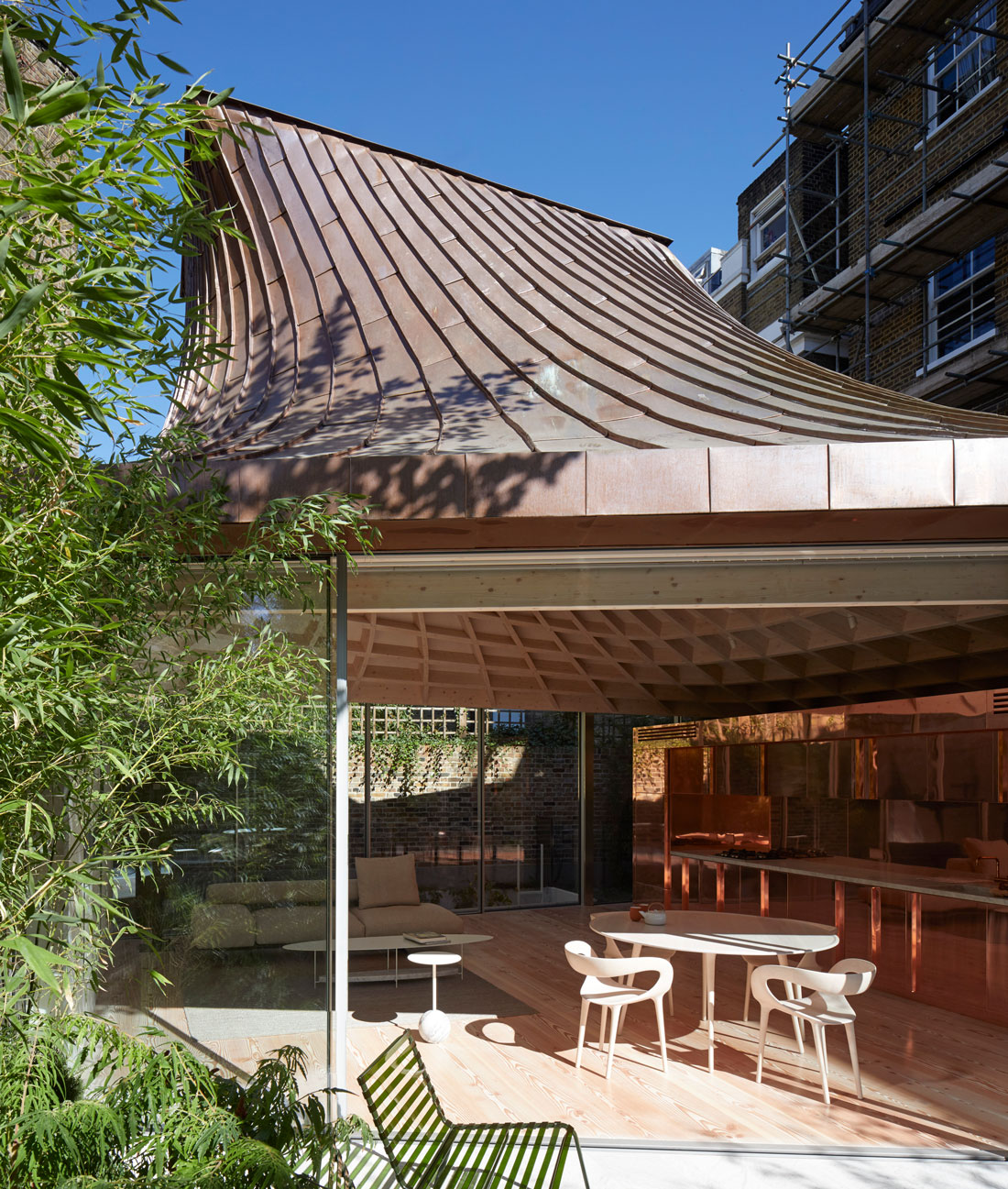 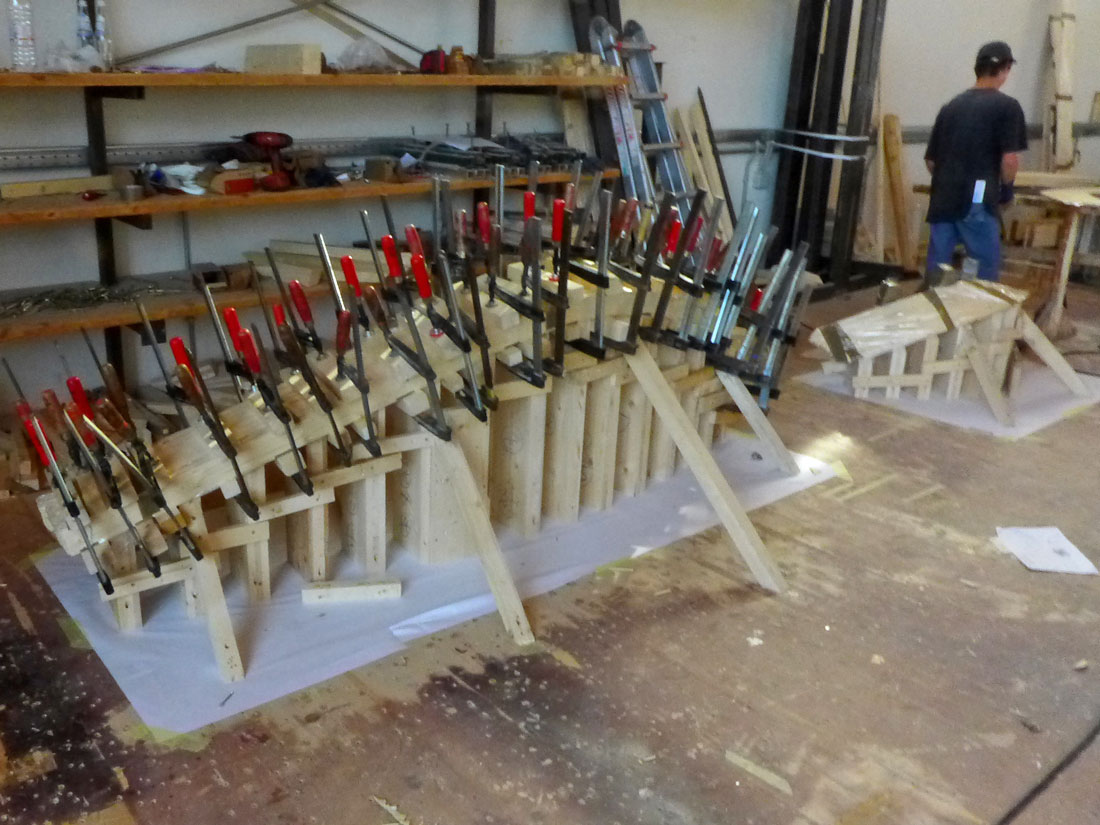 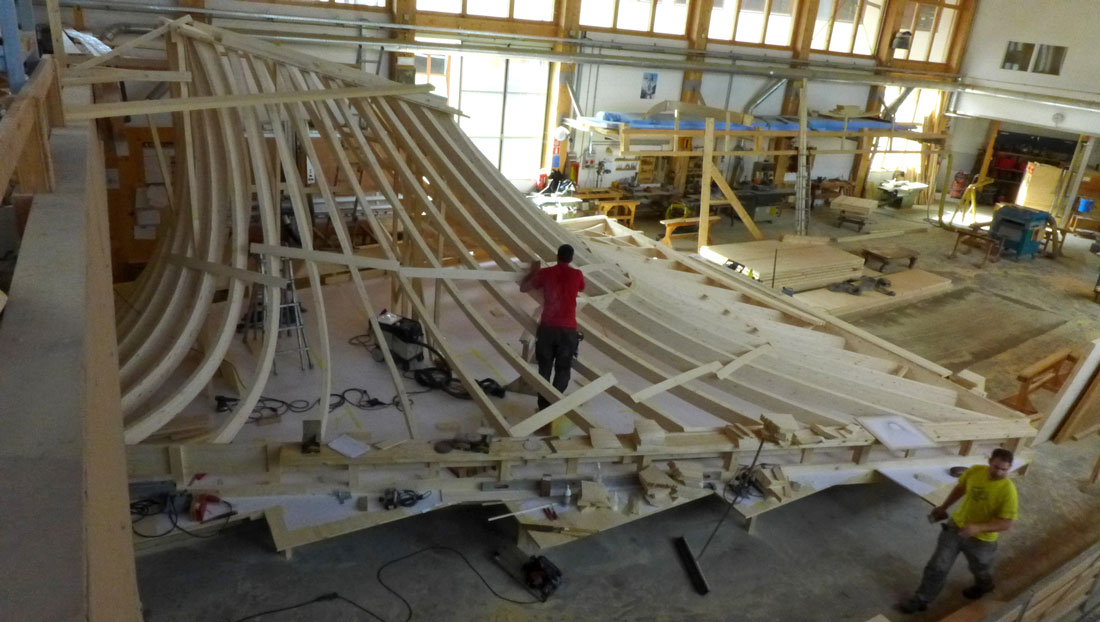